Despite numerous checks of the original chart an error showing gycopyrronium dosing in milligrams rather than the correct micrograms is present in Versions prior to that shown below V1.5. 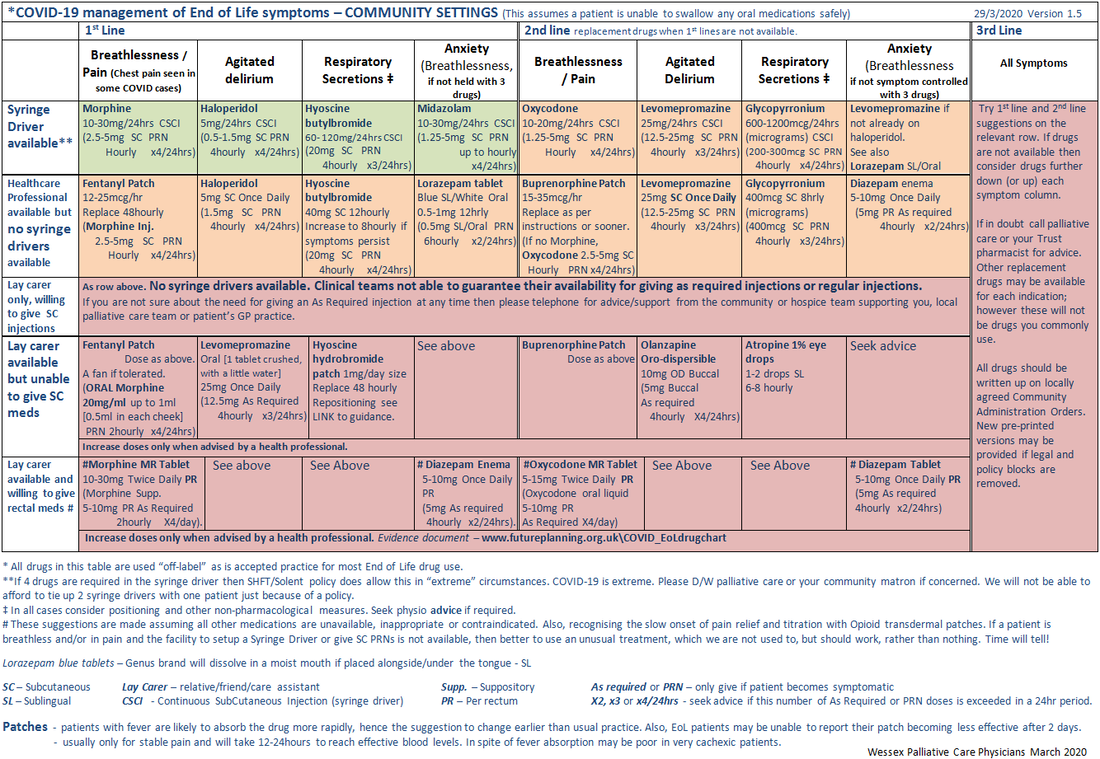 Evidence Base for some of the more unusual suggestions in the “COVID-19 management of EoL symptoms" chart.     March 2020

Morphine via the rectal route.
There appears to be some reasonable evidence that morphine injection, modified and immediate release tablets and suppositories are all absorbed rectally with almost equal (or better) efficacy to morphine pain relief given by the oral route. With regards breathlessness there is no evidence for use of the rectal route, though there seems no reason to think that morphine absorbed into the blood stream will give any regard to the route by which it arrived there. Hence, its actions once in the system should provide the same relief, which many studies have shown, of pain, breathless and to some extent anxiety. Clearly, this ignores many arguments that could be made about different pharmacokinetics and pharmacodynamics that may impact upon efficacy.
It seems reasonable to assume however that some morphine in the system at whatever level, via whatever route is better than none in the face of End of Life symptoms.
The best review paper appears to be that by Dr Matt Kestenbaum, who has kindly given his permission for any use of his paper.
Matthew G. Kestenbaum, MD, et al., Alternative Routes to Oral Opioid Administration in Palliative Care: A Review and Clinical Summary, Pain Medicine, Volume 15, Issue 7, July 2014, Pages 1129–1153, https://doi.org/10.1111/pme.12464